Our aim is to provide quality products, service of the highest level, to meet the expectations of the customer and to ensure a satisfying shopping experience. We aim to pass on our professional knowledge to assist the customer in making the correct purchas 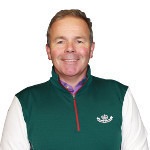 Having been elected to full PGA status in 1985, he spent 6 years playing competitive golf in Wales, The West Region, The Sunshine Tour (South Africa), The Safari Tour (Mid Africa) and The European Tour.

In 2007 Peter placed 2nd in the Welsh PGA Pros championship at Cardiff Golf Club and with that came the opportunity to represent Wales in the 3 man PGA of Europe team championships. He also qualified to play in the 2008 European Tour Welsh Open at Celtic Manor where he narrowly missed the cut but played alongside Alvaro Quiros and Pablo Martin. 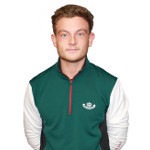 Gareth Howell - Assisstant PGA Professional
• Age 26.
• Fully Qualified PGA Professioal
• Level 2 PGA Qualified Insuctor.
•Other interests include rugby/gym.
• Gareth has spent over 7 years so far as an assistant professional at Royal Porthcawl. He has previously played for Glamorgan County at U14, 16 and 18 levels. Gareth is currently competing on both the South Wales and PGA West Region Circuits. He is passionate about teaching and helping people improve their game, providing guidance and tuition to players of all abilities.
Book a Lesson Book a Club Fitting 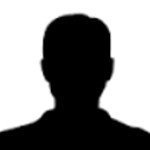 • As a junior, James represented Wales on five occasions at U14 and U16 levels, as well as representing Glamorgan at U14, U16 and U18 in channel league matches

Don't miss updates from us.

Thank you for signing up.

One last step - You will receive an email from us in the next few minutes. Please click the link to confirm you are happy to receive our weekly newsletter.